After the passing of the Education Act of 1870  a network of School Boards were set up to  create sufficient school places to meet the needs of the population.  Balsall Heath at that time was part of King’s Norton parish so Tindal School was built by King’s Norton School Board which built its own offices at Clifton School. 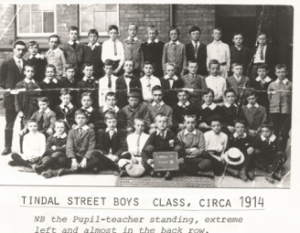 Tindal School was their third school and opened in 1880 in three separate departments: Boys, Girls & Infants . It was built by the  famous local buider, John Bowen, who is now remembered in a blue plaque by the entrance.

From the beginning it had a high reputation, attracting  pupils from  a wider catchment area. The Inspector’s Report for the Boys’ School in 1881 commented,

”This is a new school conducted in handsome and commodious but unusually costly premises.  The attendance is both numerous and regular, the scholars being almost entirely drawn from a better social class than that ordinarily found in public elementary schools.”  The local ratepayers were far from happy about this. 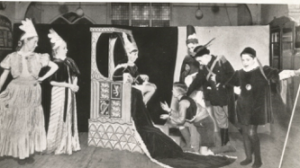 Both the Boys’ and Girls’ Schools enjoyed a continuing record of success and received glowing reports. They also undertook a lot of extra curricular activities- exhibitions, plays, concerts, visits, sports and so on.

In 1930 the school was reorgainised. The Senior Boys’ Department was closed and moved to Clifton Road School, and the Senior Girls’ department was enlarged. The Infants, Junior Boys and Junior Girls stayed as before.

During the Second World War, many pupils were evacuated in 1939 and the school was closed while air raid shelters  were put in. It reopened in January 1940 and actually a lot of the evacuated children had come back anyway by then.  Then in October that year the School was hit by a high explosive  bomb.  It could have been worse.  The Girls’ School moved in with Upper Highgate St School for half time teaching. 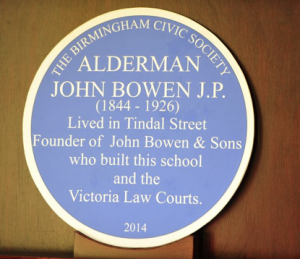 The Juniors and infants meanwhile moved to Mary St. school and opened for classes on November 11th but that didn’ t last long. On December 12th Mary St. School itself was bombed.   So they moved back here to parts that were still usable but the problem was that the boiler had gone . So in 1941 it closed altogether until 1944 although the full repairs were not completed until 1948

Today it is part of the Ark Academy chain of schools.