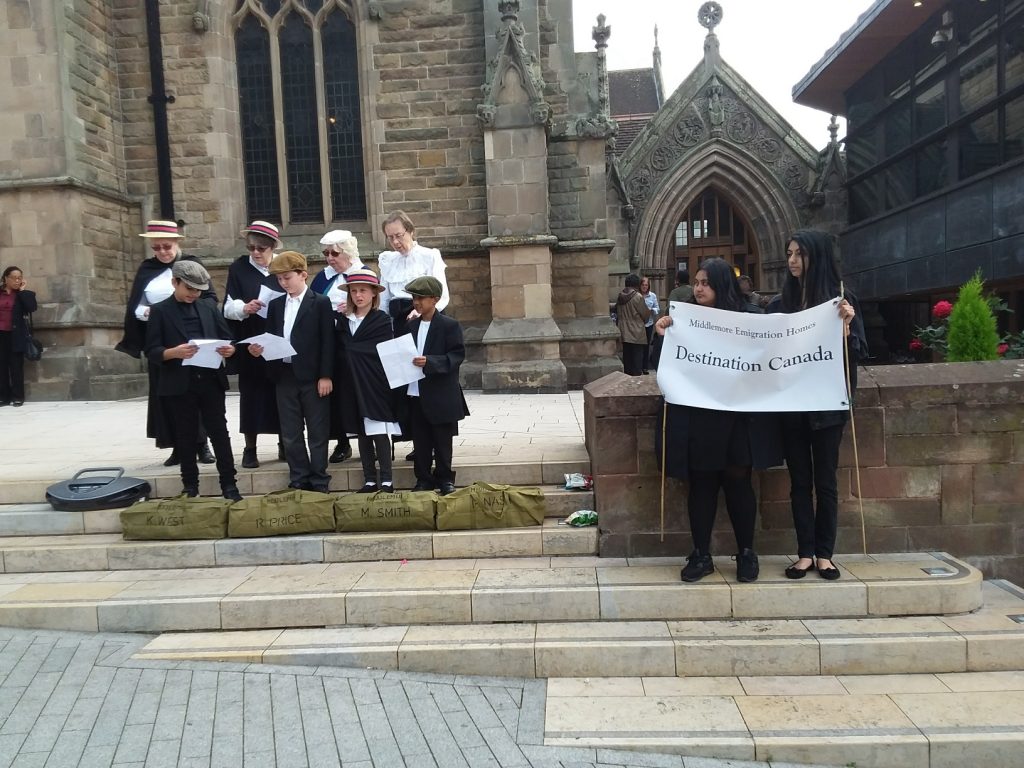 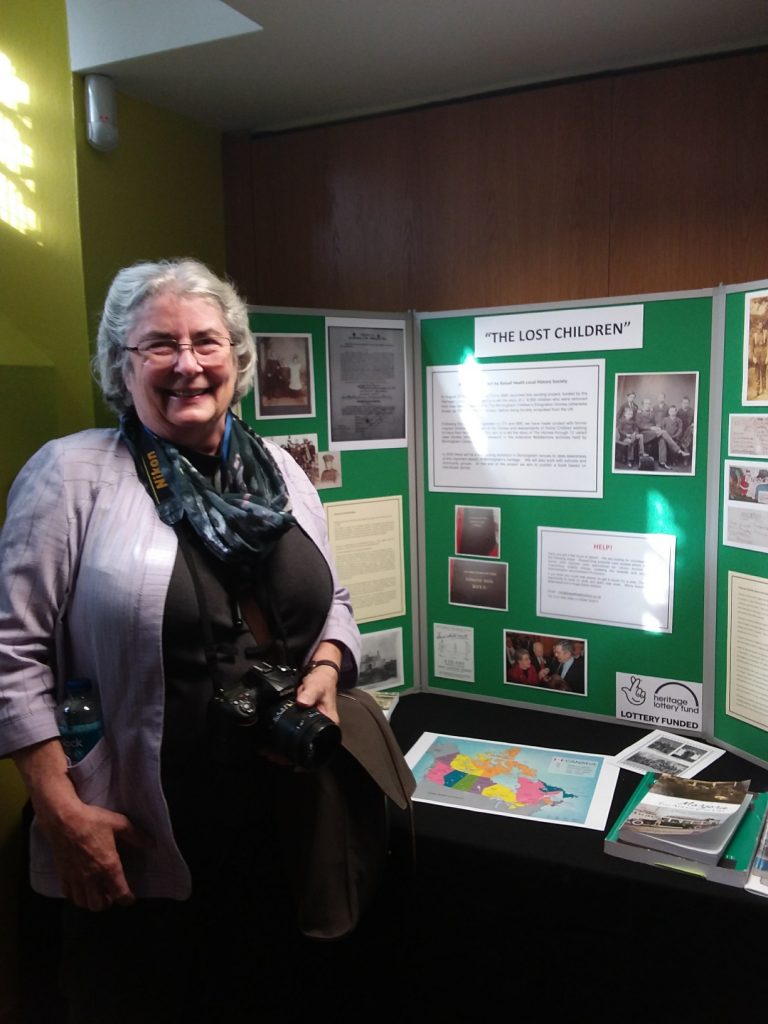 This was a wonderful event, staged as part of  Birmingham Heritage Weeks. It began with Balsall Heath Youth Theatre in New Street Station, representing  children from the Middlemore Homes  on their way to a new life in Canada. They sang an emotional song “So Far From Home” which was composed by Community Musician, Peter Churchill. The assembled crowd were then addressed by John Middlemore who explained his intentions in arranging for the children to emigrate.  After that the children processed through the Bull Ring to St Martin’d s Church for a repeat performance.

Then at 11 a.m. Patricia Skidmore gave a talk in the Deritend Room at St Martins. She has written  two books about her mother Marjorie’s experience  of being emigrated to Canada  and brought up in the Fairbridge Farm School in British Columbia.   Patricia had come to England for a visit, during which she went on to  scatter her mother’s ashes in Whitley Bay, her place of origin.

The talk covered a short history of child migration as well as information about the Middlemore Homes with amazing images of her mother’s time at the Farm School. The audience were very appreciative.

Copies of  Patricia’s  latest book, “Marjorie: Her War Years” are available from Balsall Heath Local History Society. Please go to our Publications page if you would like one.